“While we were in school, we took it for granted that everyone we knew was in one way or another ingrained in business. Entrepreneurship was our life and we lived it. When we graduated, it became clear that not everyone understands or even appreciates business or capitalism. If you think about it, we are already way ahead of the pack. Let’s start something together!”

– these were my words to my good college buddies – a year after graduating from a top business school and adjusting to life in the real world. Today, 3 years later, one of them initiated another call after they found out I have been at Google for over a year.

Back in 2004, I was still a virgin and despite the opportunities provided to me by my female friends in college I was still a total AFC with women. Since then, I have made some decisions that has changed my life for the better. I quit my job in consulting and moved out here to California. As one IT founder put it when asked, “why do a startup on the west coast as compared to the east coast?”, he answered, “there are dreamers here in the Bay area. People don’t think you are so crazy. The VCs (Venture Capitalists) understand if an idea seems far-fetched but possible in the near future.” I did it for business reasons, but also partially for social reasons. In order to reinvent myself, I had to get away from the world I once knew.

Since this post is not about pickup, I wanted to talk about what I am about from a business perspective. While I am still an aspiring PUA, I feel like I actually have more depth and value to offer from what it means to live with “business” ingrained in your life and personality. So here goes:

Growing up, I was a very cute kid and people treated me, for the most part, very well. Dad’s job as a diplomat meant that we met a lot of important people and that every time we moved, the government took care of us. I was proud of him. There were a few instances where dad would get angry, and it was all work related. This had a big impact on me growing up. He had prestige, but the income wasn’t necessarily high. The government will take care of us, but there wasn’t enough money to safety retire until he was very old. I remember a few times where he got very angry at his work experience, especially his bosses. That’s one problem with the government. If you work for them, it is hard to switch jobs. Thus, dad has been a diplomat for our country his whole life. I respect him for his decision, but as a very young kid in high school I knew from watching him that I did not want to work for the government.

Naive as I was, salvation came from Mr. Thomas’s economics class in highschool. I found out that one of the key ideas of “capitalism” is that in order to make money, you must create a good or service that satisfied a person’s needs. Supply and Demand. Wow. A system that rewards someone for giving someone else what they want. How cool is that!?

This prompted me to apply to 3 business schools. I got into all 3. I picked Boston as my next adventure. God knows what would have happened to me if I went to Pepperdine in Malibu. In college I studied marketing, management information systems and entrepreneurship. Our school is well known for entrepreneurship, and our business professors were all one time entrepreneurs. This meant real world experience and stories from the people who made history themselves. I still remember my professors to this day – Jeannet, Lange, Kopp, Bliss, – entrepreneurs themselves who really had a huge influence on me.

Now during this time, despite being a business school, opportunities came my way to get laid. And I couldn’t recognize the signs. So as time went by, I sort of decided that I would focus on business, make a shitload of money and then get the girls. Little did I know how wrong I was. But there was an advantage to this: I was motivated to study business. I became really good at interviewing and “business talk”. I could think about a business from a strategic, marketing, IT, accounting and even international perspective. I still remember always being late for “international marketing” class.

One day, Professor Lange pulled me aside after class. The first thing out of my mouth was, “Professor, I am sorry I am always 5 minutes late, but I really enjoy this class!”.

“No, no”, he said, “I don’t have a problem with that”
I was confused… “Oh, ok, so… I am not in trouble?”
“R, I wanted to tell you something. Your comments in class about our business case studies: you have… a talent. Use it well. In the future, the battles will be fought in the boardroom, and one day you are going to be in that situation. The battles you fight will determine the fate of companies as well as the world you live in. Don’t forget that”.
I never did.

When I graduated I snagged a pretty cool opportunity with a well known management consulting firm, becoming a project manager at 20. I remember going to the first office party and not being old enough to drink. That was quite a story. I did not fully understand how much work there was in the consulting industry: I traveled for work a lot, and I got a lot of advice from the partners but also a lot of shit. Thinking back, I learned so much about so many businesses in consulting. However, the impact of my social life, health was quite severe and I made a very hard decision to quit my job and move to California.

It was a scary move. I was on a work visa, and my time was limited. My connections on the west coast were limited as best. But I rationalized to myself at that time that, the reason I spent 4 year studying business was that I believed that in business, if you were good, it did not matter who you worked for, your skills can be exchanged and bought on the open market system. As naive as that may be, perhaps through a self-fulfilling prophecy, that was and is what I truly believed. So when I moved out here, I landed an offer pretty quickly. I did not know too much about the whole Bay area start-up world, but I knew I wanted to learn more about it.

Being in a startup is a fun and scary experience. Emotions run deep. With less than 10 employees, you become family and even though “it is not personal, it is just business”, there is a very obvious personal relationship involved with the company and the founders. The first startup was acquired while it was beginning to lose momentum on new business. The 2nd was acquired for its healthy cashflow, but after the acquisition, management decisions surely and steadily took apart the division which I was a PM for.

After the 2nd startup was acquired and I was in shock for being laid off, I decided to work for a big company. Just to have the stability to figure out what I wanted to do next. I promised myself that if I EVER joined another startup, I would own equity in the business. When I landed the Google offer, I was actually not expecting it. My interviews were going so well that I had 4-5 offers on the table, some with even more money than Google was offering. However, the Google brand name and learning experience was undeniable. Career-wise, it was a smart move. At that time I was on top of my game. I had nothing to lose, and even though I was scared, the fear fueled my desire. I thought to myself, “I have been through 2 acquisitions and 3 job transitions at 22. I can find another job I want”. It was also at that time that my PUA skills improved the most. I picked up my last HB8 girlfriend at SF’s Matrix during that time as well.

Currently, my number one goal is to learn as much as I can about the online business as I can and about Google’s innovative products. This is not about the money, it is about the lessons I can learn that will help me in life. Watching our founders talk on Fridays is always a treat at TGIF. And I always make it a point to meet new Googlers, as many of them are fellow entrepreneurs. There are 2 types of employees at Google. 3, actually.

My goals for 2008 is to continue to learn in my career. I also want to become better at pickup, although this area of my life still needs a lot of work. I believe in being able to do both, and I suppose this is what my blog is all about. Business and Love success, all doing so in good health. 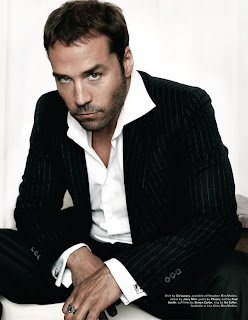 In Sickness, In Health