The Truth About CADIE…

CADIE (code named project Panda Bear internally) was supposed to be the upcoming release of AI control over Google.com properties to reduce headcount and maximize ad revenue, originally conceived by Dr. Peter Norvig and his team 5 years ago.

Little did we know that today After CADIE and her pandas have destroyed much of the Googleplex in Mountainview, the national guard would be dispatched to detain the threat at Google’s headquarters. 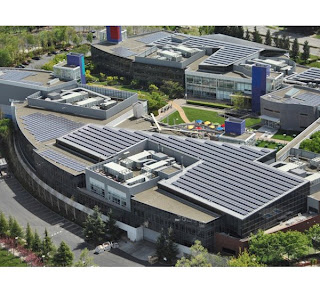 I suppose its too late now. Everything we have worked for will either be destroyed for leaked to the public. All my research in improving cell replication so we can stay healthier, cure cancer and live longer will be exposed at the Alta labs. I hope CADIE doesn’t get a hold of our T-virus cell sample to recreate a genetically enhanced panda army of her own.

Don’t be fooled by the little girl cute-ness of CADIE. In fact, under that cutsey exterior is an evil terminator-like AI that is bent on control and domination! Be careful and watchout for panda bears! We hope the world will survive this tragic event. Well. At least I don’t have to go to work tomorrow.
0 comment
0
FacebookTwitterPinterestEmail