The Story of Fat Ben Affleck 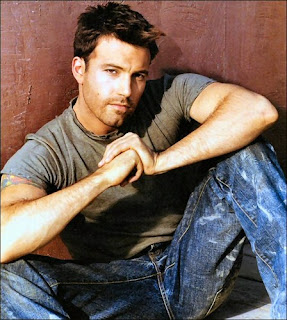 One of my old diary entries, I thought it was insightful in describing the beginnings of my journey into Game:

July 2004 – I embarked on a journey from Ottawa, Canada to Stamford, CT to start my new life. I was going to be a Project Manager! Awesome! Excitement turned to stress, as I coped with the pressure to perform in management consulting and with senior partners as our firm. Many nights, R (my then roommate and fellow Wharton graduate) and I would talk about how hard it could be, and where we would be in the future. My love life suffered. Although Stamford, thinking back had lot of out of college girls, I had no game! I remember hitting the bars and seeing lots of beautiful women, just waiting for us to talk to them. I regretted many of these incidents, though; I had no skills back then.

One day, one of R’s friends from NYC visited us. He was a good looking guy. As a matter of fact, he was a slightly “meaty” version of Ben Affleck. I was, being a hater, called him, “Fat Ben Affleck”. That was mean, because in all honesty, he was a good looking guy. On Friday, Ben (I forgot his real name) picked up probably one of the cutest girls I have ever seen at that time. She was very pretty, albeit a bit shy. I, like I was back then, in denial, “Oh, it must have been luck, she’s just hanging out with him for fun”. I remember Ben walking around the bar hitting on girls, while we were working the female co-workers.

And though I thought he was being stupid, a part of me wondered if I should be doing the same. This is when I started downloading and reading David DeAngelo’s Cocky and Funny. A lot of the inner game theory worked well, but most of it was too mainstream to get me a girlfriend.

The next night on Saturday, I decided to go to bed early. R, Ben, his girl and few other guys went out. Ben and his girl came back early, and I heard them kissing and eventually full-closing on the air mattress. Her moans were loud! And I could not sleep that night. This was a “spoon” moment in the Matrix. I didn’t think it was possible! How could such as seemingly nice girl give it up so quickly! At my apartment living room, at that! Wow! I couldn’t believe it, but that events sparked in me a desire to learn more, because realized how little I knew. My reality was just shattered, and I had a choice to make. I could continue to live in denial, or I could start building the foundation to do something about it. It was then where I started seeking out Serum, and planning my move to California.

Some morals to the story:
1. R was loyal, intelligent roommate. Without sex and female attention, I did few things I was not proud of, mainly, I was hater to him. It was my loss, because he was a good friend. Don’t be a hater like me.

2. Ben was one of the guys who did not care what we thought about him. For the first time in a very long time, I realized that I was once a hater. I was once the guy who was the “hater” – they guy that I now find annoying when he’s trying to hate on my game. This is a humbling experience. Also, I am so glad that happened to me, because it prompted me to make choice to confront my romantic reality.

3.I realized these days that a lot of guys live in DENIAL – that is, when I pick up girls or k-close on a cold approach, I see the old me in the guys I hang with who are not “PUAs”. They will make comments like, “Oh, she was just drunk!”.

4.If you are lucky, or you go out enough with guys that are good, you will come to a cross road: you see that ivy-educated, good girl who will fall for the lady’s man and fuck him like a dirty whore (when I say this, I don’t mean to insult women, rather, the ability of the seducer to bring out lustful, dirty side of women in general). And you have a choice to make. You can choose to make up denials and excuses for why the girl, the guy or situation turned out the way it did, or you can start your journey to figuring the truth about the true nature of men, women and human social dynamics.

What Obama Barrack has taught me about Game

*PUA Lingo does not endorse or support the use of these terms. We strive to describe them the best we can based on our understanding of the seduction community’s uses for them in improving men’s and women’s dating lives. By using this site, you must agree to our disclaimer and TOS. Our Accessibility Statement is here.