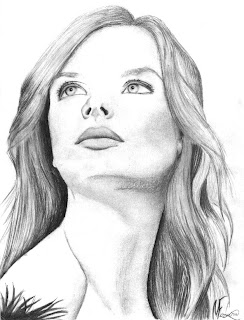 Over the past weekend we got the pleasure of meeting some of the women (and men) of OneTaste . I should have done more research on their organization beforehand, but what ensued was an interesting dialog of understanding women and relationships in general. We had many differences in thought. Mainly, the PU community is mostly men, and despite the natural game Gurus ( Zan and Juggler), much of our study and revolved around the technique of the pickup leading the seduction, leading to sex.

There are many of these “intimacy” and relationship based organizations out there, and they have been around for some time. I think OneTaste does a good job in helping men (and women) understand what connection is and how to manage a relationship. Some of their approach towards PU is also useful. For example, we role played with some of women on the “tests” (AKA Shit Tests) that women play and how to negate or go around them. Below are the notes form our meeting:

1. Don’t be played by the game, become a player.

2. Women can tell when a man has been talking to women. Relates a lot of Zan’s idea of “seducer’s aura”. (I found that quite interesting.)

3. Be genuine and real with who you are and the attraction will be real.

4. Body language and pausing when asking questions, giving her some space to response

5. Women consciously or unconsciously test men -it is just who they are – you must be able to deal with these tests on your quest to become the alpha male.

Now, we realized something during this also – that they are not technique based. A lot of this is based on philosophy and more so “way of living”. Thus, I think these groups are useful for those who have more natural game styles or are in a higher level of PU where by they are already dealing with serious relationship issues. Because let’s face it – beyond the PU and the lay, it is a relationship between 2 people and and in and of itself is one of the most complex things in life.

I still believe in technique, and there are many that teach this, including TMM, RSD, AM, PUATraining (London), among others. What’s important is that the community today has become a free and growing marketplace, where one can choose to learn from whomever they want.

Going back to the nature of women – Maybe picking up a girl is easy, compared to the task of understanding women.

Your style changes everything in the game. Elite-style from the start makes the whole dating process 10x easier. Download the 8 Style Attraction Triggers now (Free)

If you want to attract the highest quality women as an Asian guy… consider downloading the 3 Attraction Hacks that only work for Asian men.

Do you want to use proven lines to know what to say to a girl, what to message your matches and what to text that cute girl you got a number from? Then download the 33 field-tested lines to get hot first dates.

Shout Out to RSD

Build Your Own Dreams…

My Interview with Ryker Koh on Style, Dating White Girls, and Making Money

Share this ArticleLike this article? Email it to a friend!
Email sent!