Flow of the Game

One of my book reports back in my management consulting days focused around the book “Flow” by psychologist Mihaly Csikszentmihalyi (MC) Flow, according to MC is the mental state of operation in which the person is fully immersed in what he or she is doing, characterized by a feeling of energized focus, full involvement, and success in the process of the activity. Many other terms and idioms exist for this mental state: to be on the ball, in the zone, or in the groove. 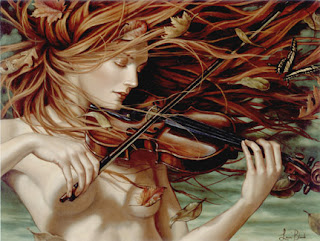 MC identifies the following as accompanying an experience of flow:

1.Clear goals (expectations and rules are discernible and goals are attainable and align appropriately with one’s skill set and abilities).
2.Concentrating and focusing, a high degree of concentration on a limited field (a person engaged in the activity will have the opportunity to focus and to delve deeply into it).
3.A loss of the feeling of self-consciousness, the merging of action and awareness.
4.Distorted sense of time, one’s subjective experience of time is altered.
5.Direct and immediate feedback (successes and failures in the course of the activity are apparent, so that behavior can be adjusted as needed).
6.Balance between ability level and challenge (the activity is neither too easy nor too difficult).
7.A sense of personal control over the situation or activity.
8.The activity is intrinsically rewarding, so there is an effortlessness of action.
9.People become absorbed in their activity, and focus of awareness is narrowed down to the activity itself, action awareness merging (Csikszentmihalyi, 1975. p.72).

Note that not all are needed for flow to be experienced. The night I picked up my last HB8 girlfriend, as well as other nights in the city, mostly, I felt the feeling of flow. Your ego tends to subside, and you just flow with the energy of the location, the people, and the overall flow of the game. These are the best nights, because not only do you learn a lot, your skills are equal to the challenges you are facing in the club during the pickup. In a sense, you’ve seduced yourself, the nice club, and the people, both men and women. This is hard feat, but when you’re in “flow”, it is a great feeling. As an athlete, I realized what “flow” feels like back in 2004, when I did book report. I remember in basketball games, when I should 3 pointers and before the ball hit the rim, I knew the shot was going in. I could see my opponents making a move before they made it. (My nickname was “Beijing Bomber” on the high school basketball team).

So I encourage you to start small, maybe talking to a few strangers. Juggler took the 3 guys in his “Size doesn’t matter” show to a old ladies Bingo game. Mystery had his students in The Pickup Artist tell little girls stories. Start small, build you skills, and you eventually be in situation where you have the competent skills to pickup the girl you want in a club environment.

For Business or Love: Part 1 and 2

The Art of Summer Style

Eyes on The Egoless Self and the Big...

*PUA Lingo does not endorse or support the use of these terms. We strive to describe them the best we can based on our understanding of the seduction community’s uses for them in improving men’s and women’s dating lives. By using this site, you must agree to our disclaimer and TOS