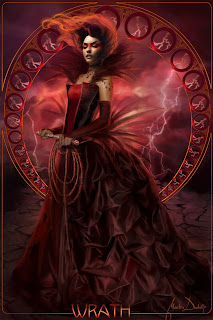 In reading my more recent posts, I have come to discover that my life has take a slight detour for the more emotional roller coaster ride. This is due to a few reasons:

1. Due to the nature of my work, I cannot discuss the drama that is unfolding at my job.

2. In my search for “targets”, my success rate have been relatively low compared to my previous tenure in San Francisco.

3. In this city of mine, many families live here. I feel slow. I miss the adventure of the city and I realized that in order to motivate myself, I must go AGAINST the rhythm and flow of this town.

These factors, together have contributed to my examination of myself and my own negative emotions. I believe that Envy, Hate and Anger and all essentially bad emotions to have, with the exception of righteous anger. I have never wished misfortune on others, however I have wanted what others have, and perhaps this can be classified an Envy. To wish ill upon your enemies, I have never felt this way until I have been betrayed and thrown under the bus at work by a former manager who I considered a friend.

I decided to post this event so that others can see not only the highs and lows of my journey. It is not all fun and games – there is suffering, sorry guys :) But I think in times of misfortune or suffering, one learns to pick himself up, and some other hidden part of your character is unveiled. For example, I have learned that I can channel my anger into productivity in starting my own businesses. The drive of never feeling the emotion burden of someone who dislikes you have financial and managerial power over you is a strong motivator to do much good. Without going into much more detail of the exact events of my misfortunes, here are the emotions I have felt over the past 2 months:

Anger is an emotional state that may range from minor irritation to intense rage. The physical effects of anger include increased heart rate, blood pressure, and levels of adrenaline and noradrenaline.[1] Some view anger as part of the fight or flight brain response to the perceived threat of pain.[2] Anger becomes the predominant feeling behaviorally, cognitively and physiologically when a person makes the conscious choice to take action to immediately stop the threatening behavior of another outside force.[3]

Hatred or hate is a word that describes intense feelings of dislike. It can be used in a wide variety of contexts, from hatred of inanimate objects to hatred of other people.

Philosophers have offered many influential definitions of hatred. Rene Descartes viewed hate as an awareness that something is bad, combined with an urge to withdraw from it. Baruch Spinoza defined hate as a type of pain that is due to an external cause. Aristotle viewed hate as a desire for the annihilation of an object that is incurable by time. Finally, David Hume believed that hate is an irreducible feeling that is not definable at all.[1]

In psychology, Sigmund Freud defined hate as an ego state that wishes to destroy the source of its unhappiness[2]. In a more contemporary definition, the Penguin Dictionary of Psychology defines hate as a “deep, enduring, intense emotion expressing animosity, anger, and hostility towards a person, group, or object.”[3] Because hatred is believed to be long-lasting, many psychologists consider it to be more of an attitude or disposition than a (temporary) emotional state (see rage). 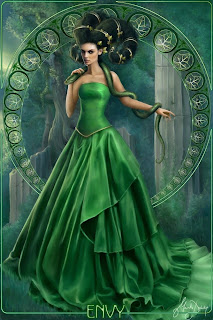 Envy (also called invidiousness) may be defined as an emotion that “occurs when a person lacks another’s superior quality, achievement, or possession and either desires it or wishes that the other lacked it.”[1]

It can also derive from a sense of low self-esteem that results from an upward social comparison threatening a person’s self image: another person has something that the envier considers to be important to have. If the other person is perceived to be similar to the envier, the aroused envy will be particularly intense, because it signals to the envier that it just as well could have been him or her who had the desired object.[2][3]

Bertrand Russell said envy was one of the most potent causes of unhappiness.[4] It is a universal and most unfortunate aspect of human nature because not only is the envious person rendered unhappy by his envy, but also wishes to inflict misfortune on others.

If you are enjoying what you’ve read and want to attract higher quality women, consider downloading the 8 style attraction hacks that women find most attractive in men. This guide will help you create instant attraction at first sight

What are your Dreams?